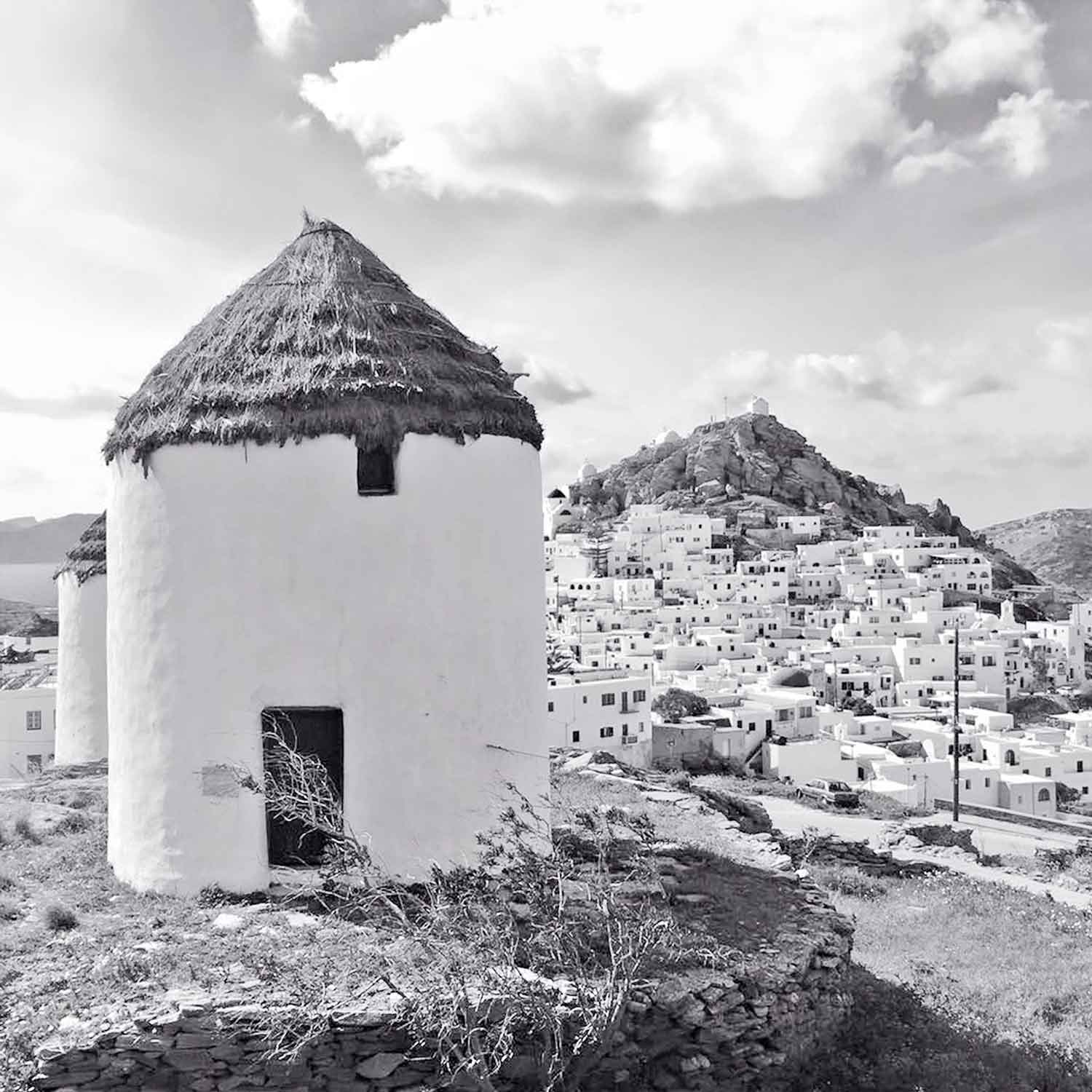 The harbour of Ios, locally known as Yalos, is one of the most sheltered natural ports that can be found in the Aegean sea due to its orientation and its enclosure by the surrounding mountains. Moreover, the port of Ios can be unmistakably distinguished by the solitary picturesque church of Saint Irene, a 17th century landmark that will be greeting you upon arrival.

The harbour of Ios, locally known as Yalos, is one of the most sheltered natural ports that can be found in the Aegean sea due to its orientation and its enclosure by the surrounding mountains. Moreover, the port of Ios can be unmistakably distinguished by the solitary picturesque church of Saint Irene, a 17th century landmark that will be greeting you upon arrival. Yalos bay has an internal coastline that spans over 4 kilometers and offers walking and trekking routes to three separate beaches and a promenade of more than 1km along which one can find a travel agency, a bakery, a supermarket, taverns, restaurants, cafes, beach bars, water sports, sun beds and a large beach with fine golden sand and crystal clear sea.

The islands’ main village, habitually referred to as Chora by the locals, is connected to Yalos bay by road (2km) and via a traditional pedestrian route (400m). The village of Ios is a genuinely enchanting traditional Cycladic village, with white and blue low-rise housing harnessed on a cliff, narrow maze-like pedestrian streets, windmills, plentiful courtyards and countless alleyways with endless surprises awaiting to be revealed along your passage. Chora offers different splendors depending on the time of the day. In the morning one can observe the rhythm of local life while having breakfast or shopping. The evening and early night hours are ideal for a calm endearing exploratory walk, a tranquil pleasurable dining experience or a relaxing drink. Last but not least, late night hours are suited for those who seek to party, dance, meet new people and get to know the village during their dynamic bar-crawl.

Mylopotas, located just 5km from Yalos bay, is the islands’ busiest and most advertised beach due to its loud party life, its beach bars, its restaurants and its multiple watersport centers that make it a popular day time destination for most of the younger visitors of the island. Scuba diving, beach volley, windsurfing, stand up paddle boarding, daytime drinking and dancing, you will find it all there.

If all you need is a large serene clean beach, a beautiful refreshing sea in a quiet spot that is not a very long drive then you should visit Agia Theodoti, just 16km away from the port of Ios. This location not only offers plenty of space to run, play rackets, have a pick nick or set up your own beach equipment but it also has two parts of the beach to chose from, one half of the beach that offers sunbeds and the other half which is untouched.

On the northeast side of Ios, on the road to Psathi beach, there is a path that leads to the remains of a Byzantine castle built in 1397. Its purpose was to safeguard the island from pirate attacks and to monitor the sea route connecting Constantinople to Crete. Due to its key location that provides a great view over the neighboring islands, fire and smoke signals were used as a means of communication in the past. Paleokastro hosts on an annual basis one of the most genuine local festivals during the month of August, a manifestation of true Greek hospitality at its finest.

Psathi is a very quiet beach that remains completely untouched, where you can enjoy a beautiful scenery and reclusive peaceful relaxation. You should visit Psathi if you desire to lose the sense of time, mindlessly gazing at the open horizon, the blue sky and to be mesmerized by the sound of the sea while sunbathing.

Manganari bay is the furthest beach to be found on the southern tip of Ios and one of the most beautiful bays the island has to offer. It is not by accident that Luc Besson’s film “The big blue” heavily based its splendid sea-scenery on this precise remote location. After completing the 24 km on the asphalt road, you will be rewarded by the sight of this magnificent bay with its four consecutive beaches. Should you desire sunbeds, watersports and a restaurant or a reclusive spot to replenish the beauty of nature, it is a guaranteed fact that Manganari’s green-blue sea water will not only be an incredible joy to swim into but also a vivid nostalgic memory to narrate.

A few kilometers before you reach Manganari beach, you will meet the monastery of Kalamos signaling the way to a beautiful beach that remains in a state of untouched wilderness that will satisfy both the demand for a bit of adventure and exploration combined with the need for some remote serenity in a beautiful natural scenery. The well-maintained monastery of Kalamos, annually hosts one of the most vibrant festivals on the island, during the end of August.

Koumbara beach is a popular beach due to its close proximity to the port of Ios (3km away), it offers a good alternative to Yalos bay and it is rather easy, almost effortless, to reach this location by bus or car. Koumbara beach is enclosed in a lovely bay where you have the opportunity to swim in the calm sea, sunbathe and peacefully relax at the sunbeds while having the option of visiting fine restaurants nearby.

At the hill of Skarkos you can admire a magnificent archeological site of great significance namely a prehistoric Cycladic circular settlement dating back to 2800 BC. The village of Skarkos hill was rather advanced at the time as it had a sewage system, a cemetery and a road network. The buildings that remain are very well preserved and in places reach up to a height of almost three meters, revealing that the housing units were two-storey high with stone paved floors and provision for storage and cooking areas that brought to the light prehistoric ceramic utensils and tools during the excavations. In 2008, Ios was among six European locations awarded the European Union Cultural Heritage prize for its exceptional conservation efforts at the site of Skarkos.

According to ancient tradition Homer, the author of the Iliad and the Odyssey and one of the greatest ancient Greek epic poets, died and was buried on the island of Ios where his mother came from. His tomb is claimed to be located on a hill overlooking the sea at the northern area of Ios called Plakotos. 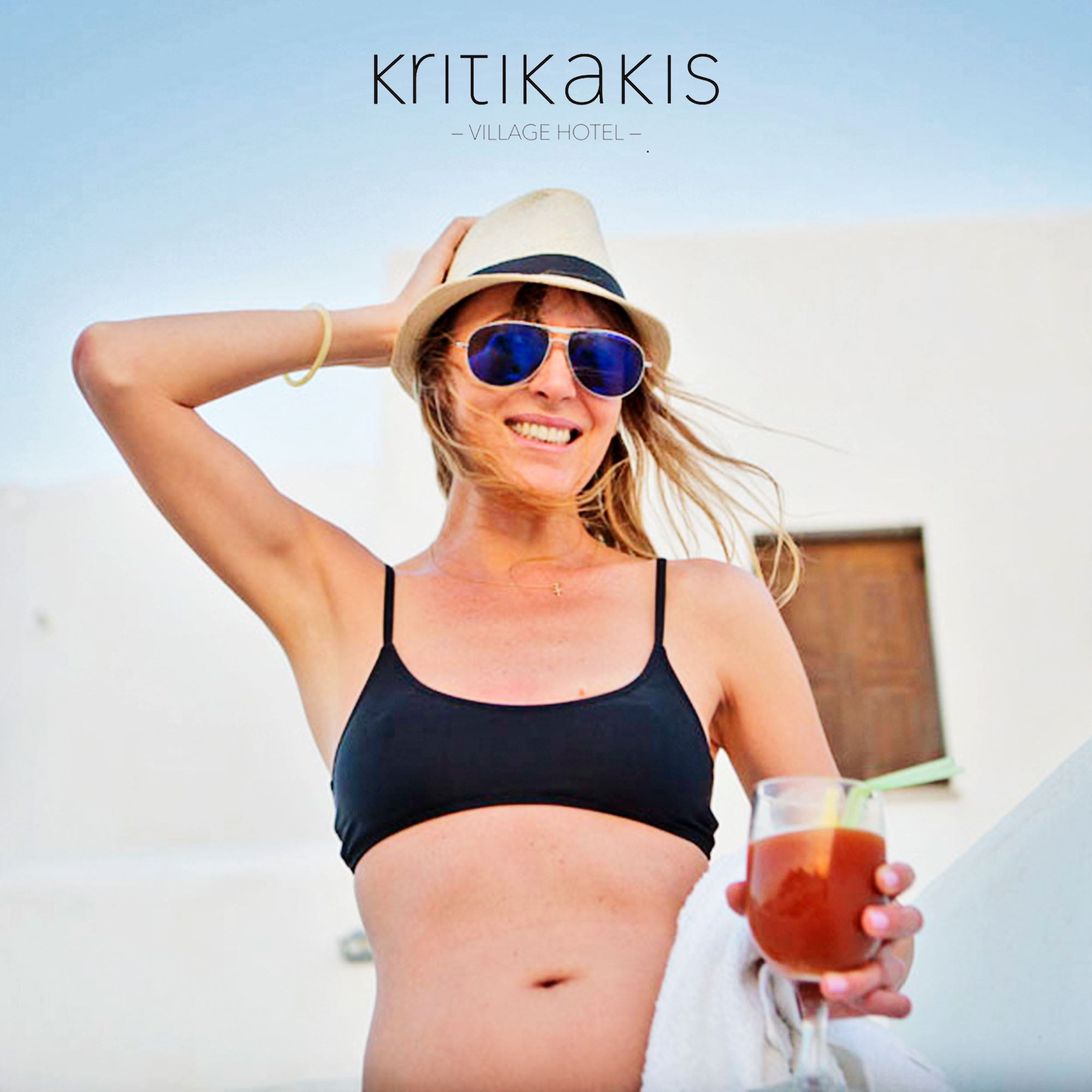 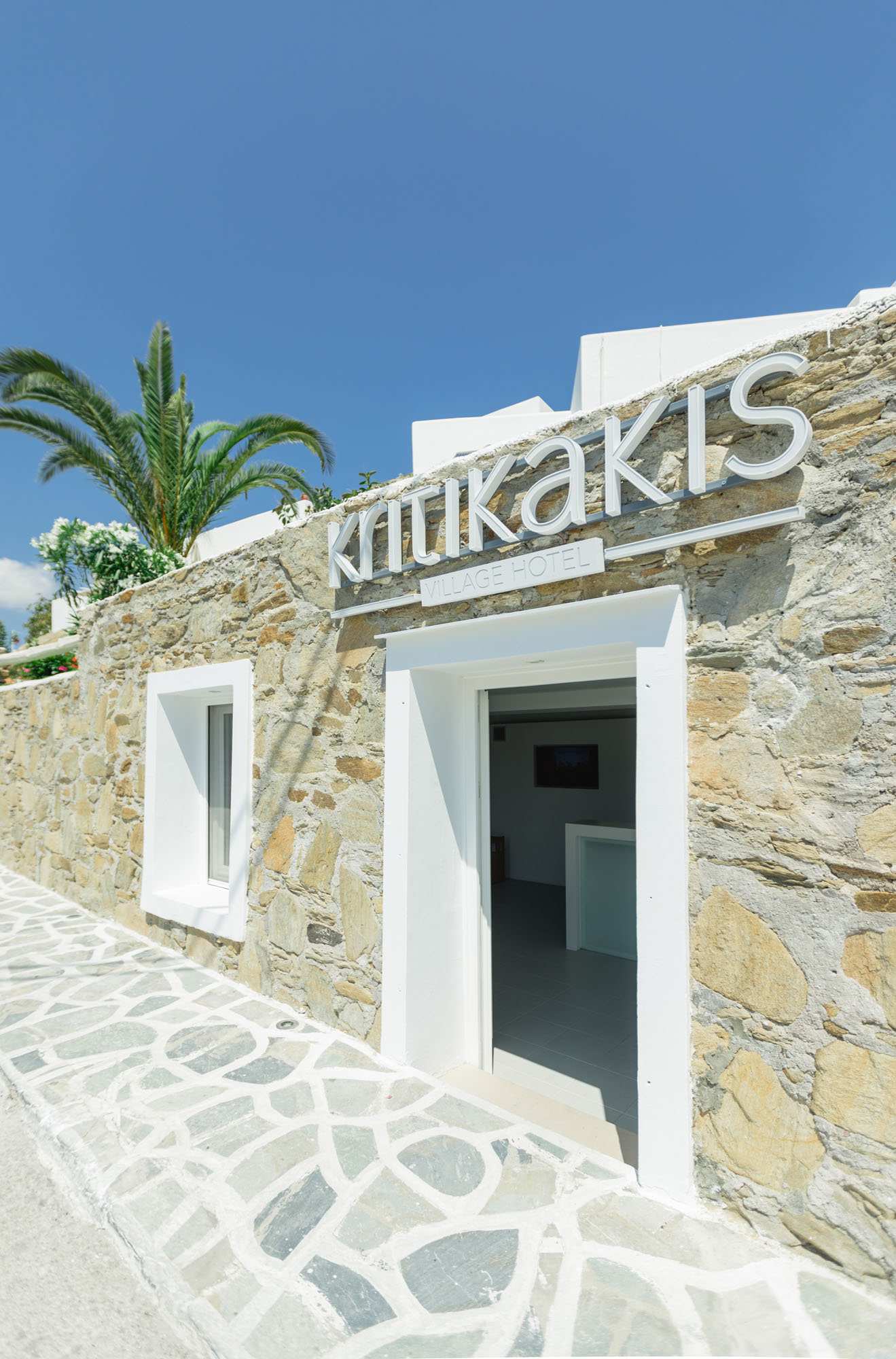 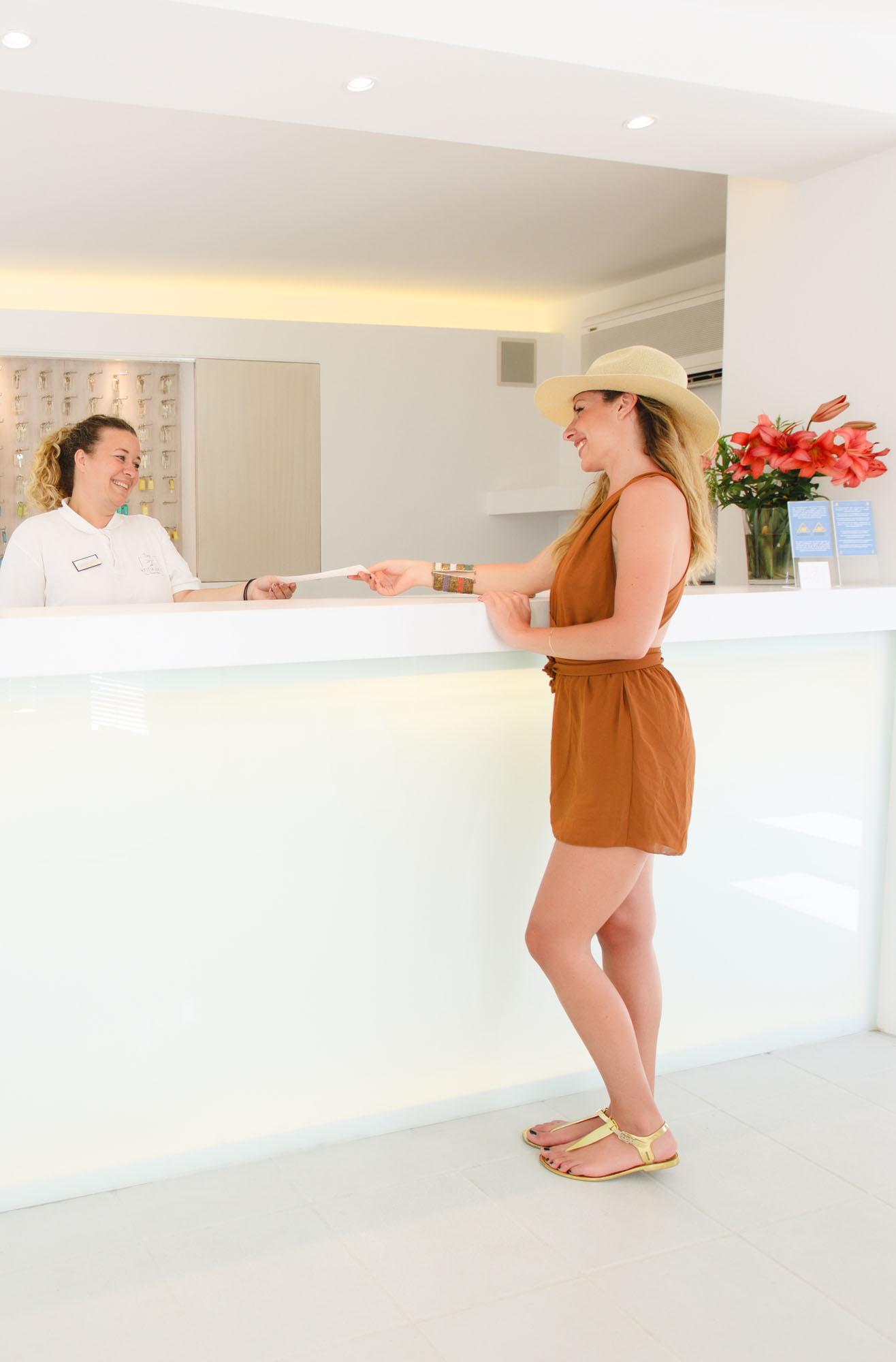 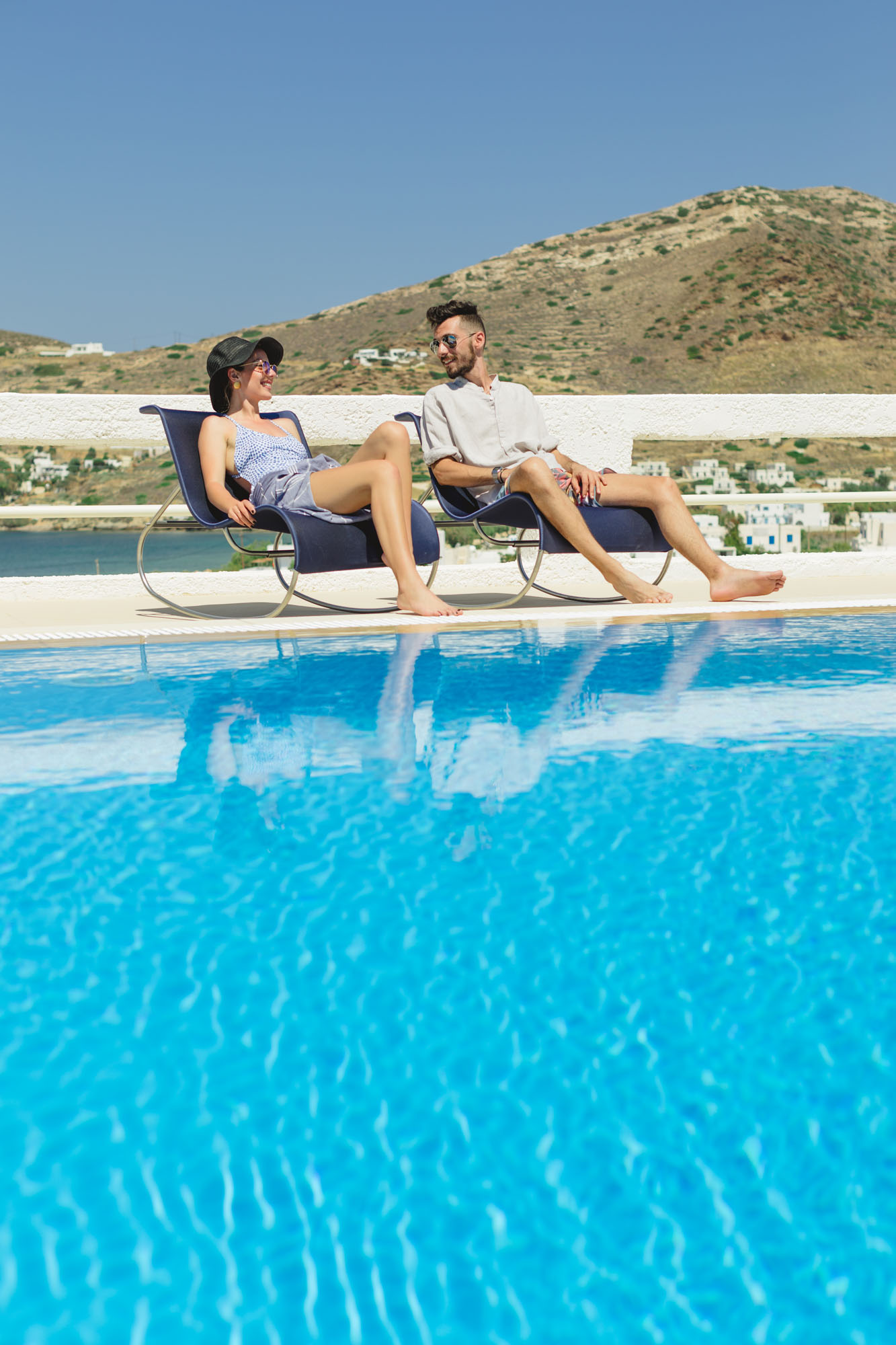 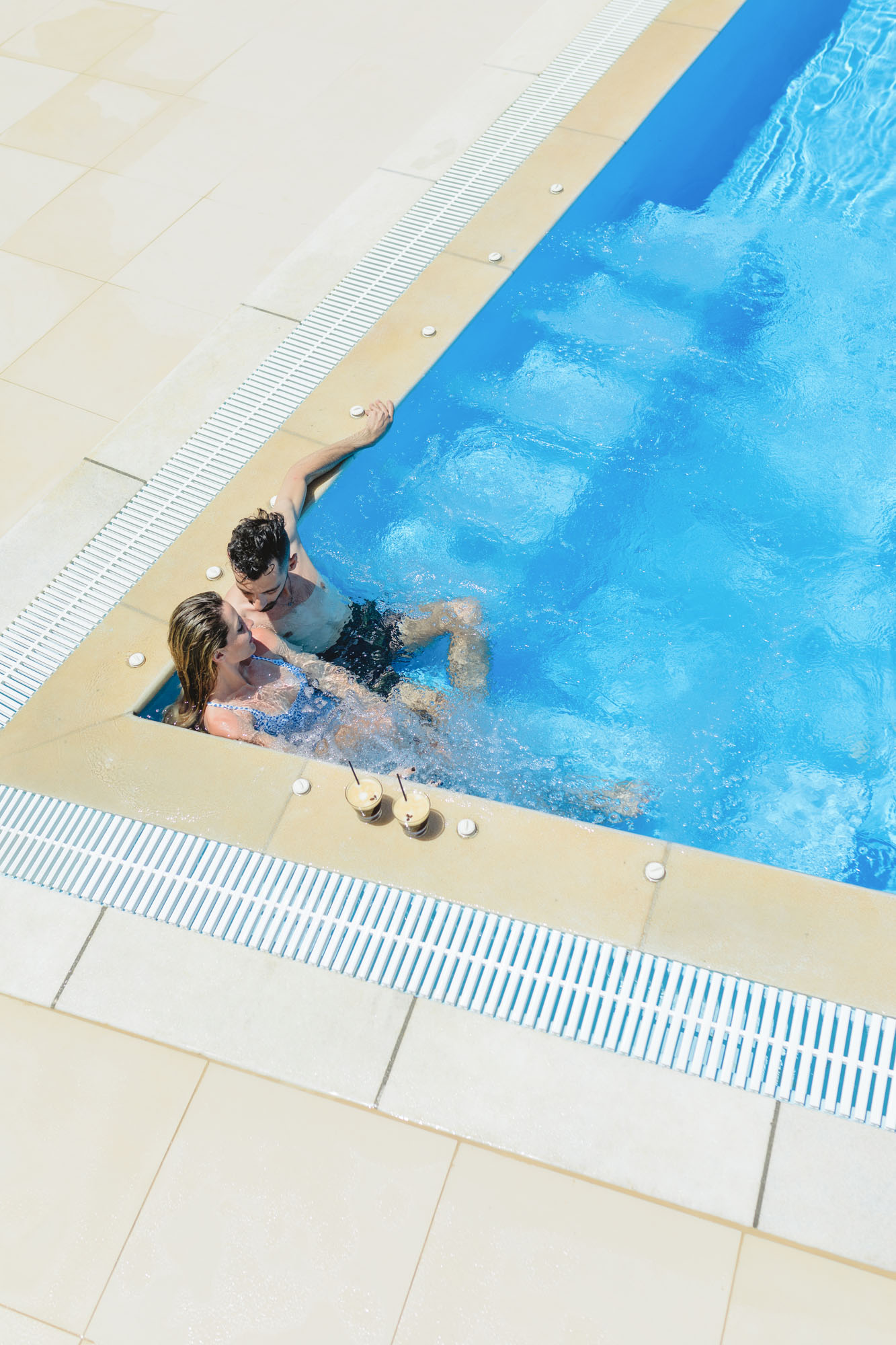 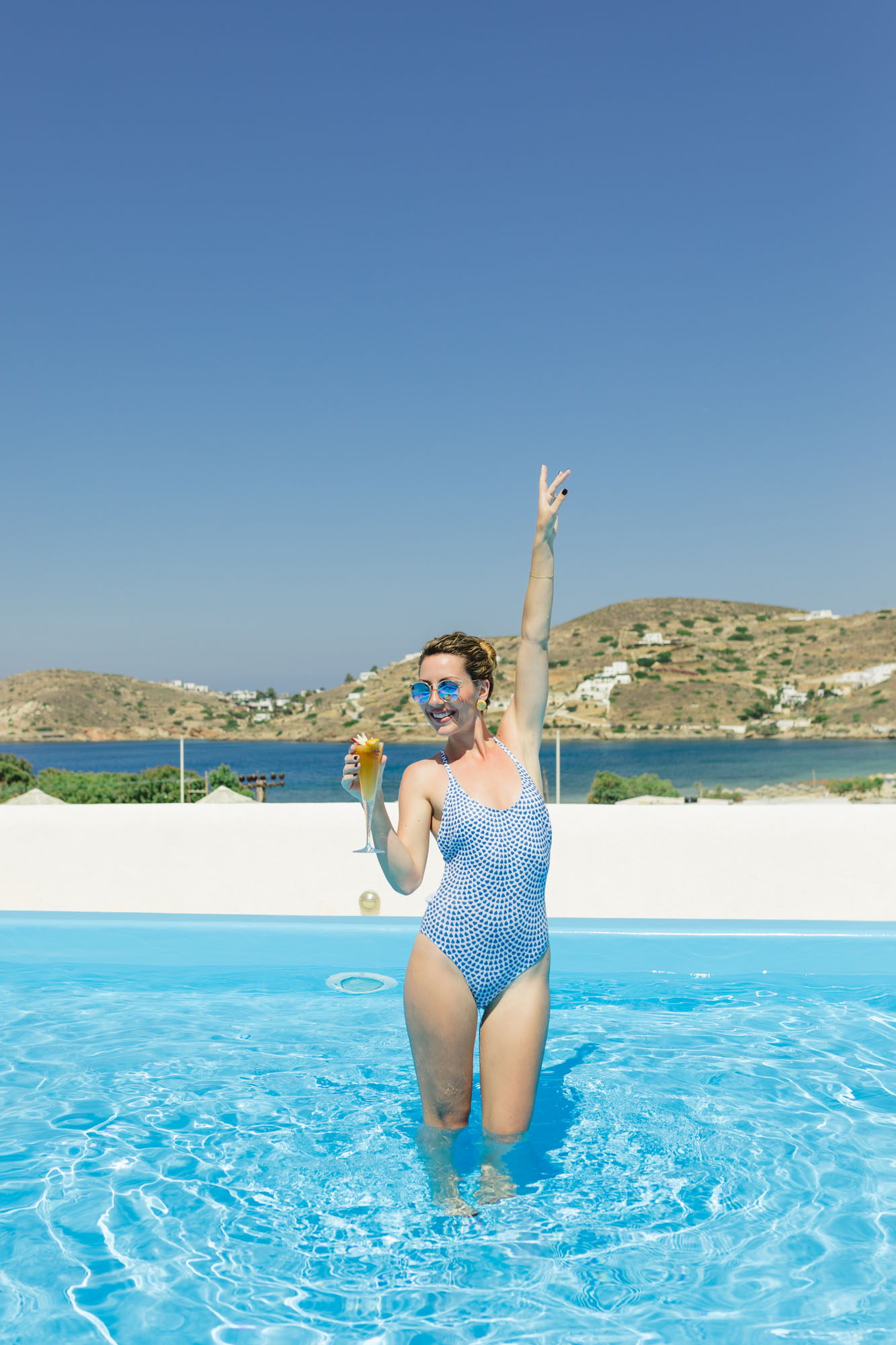 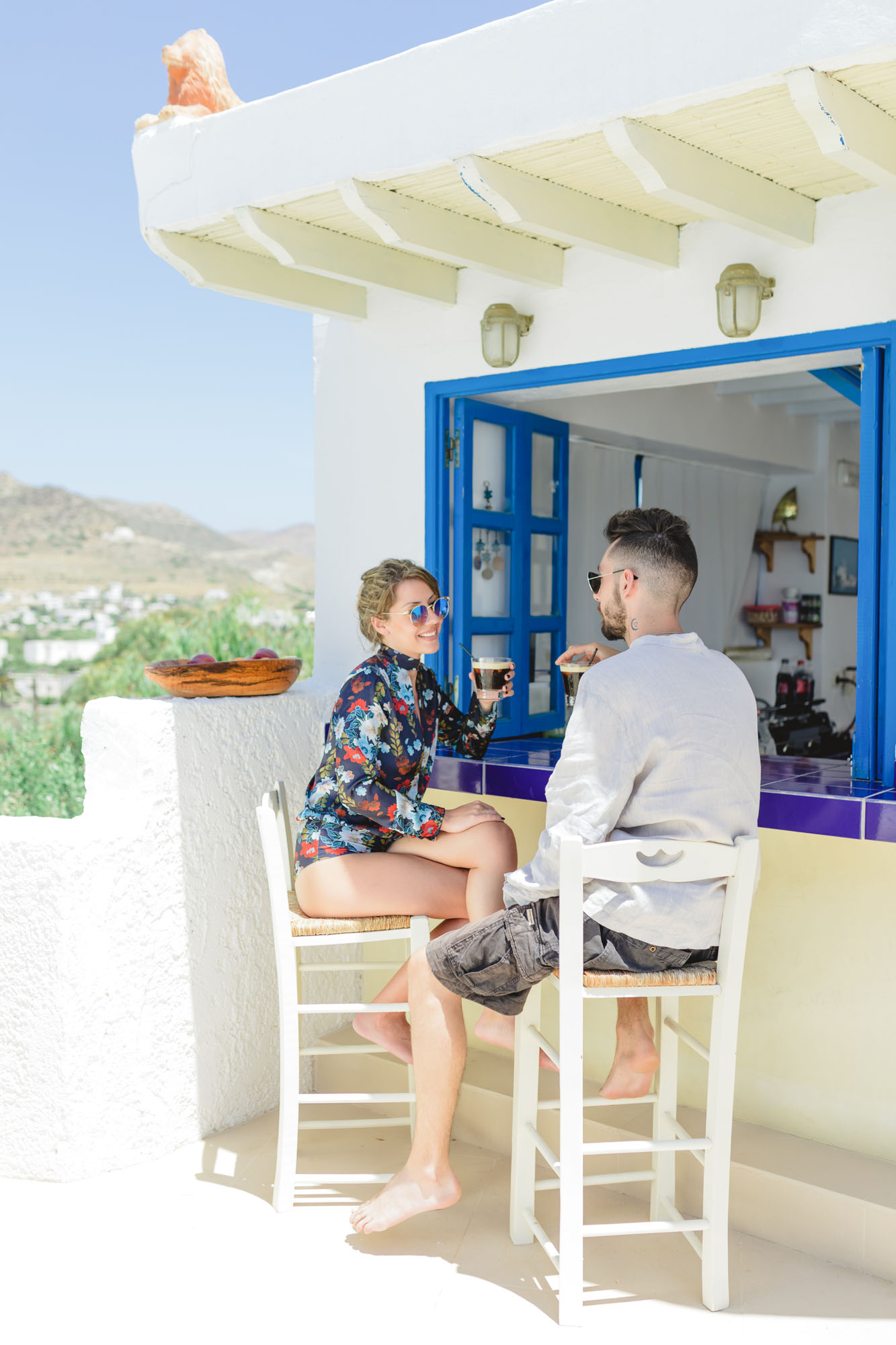 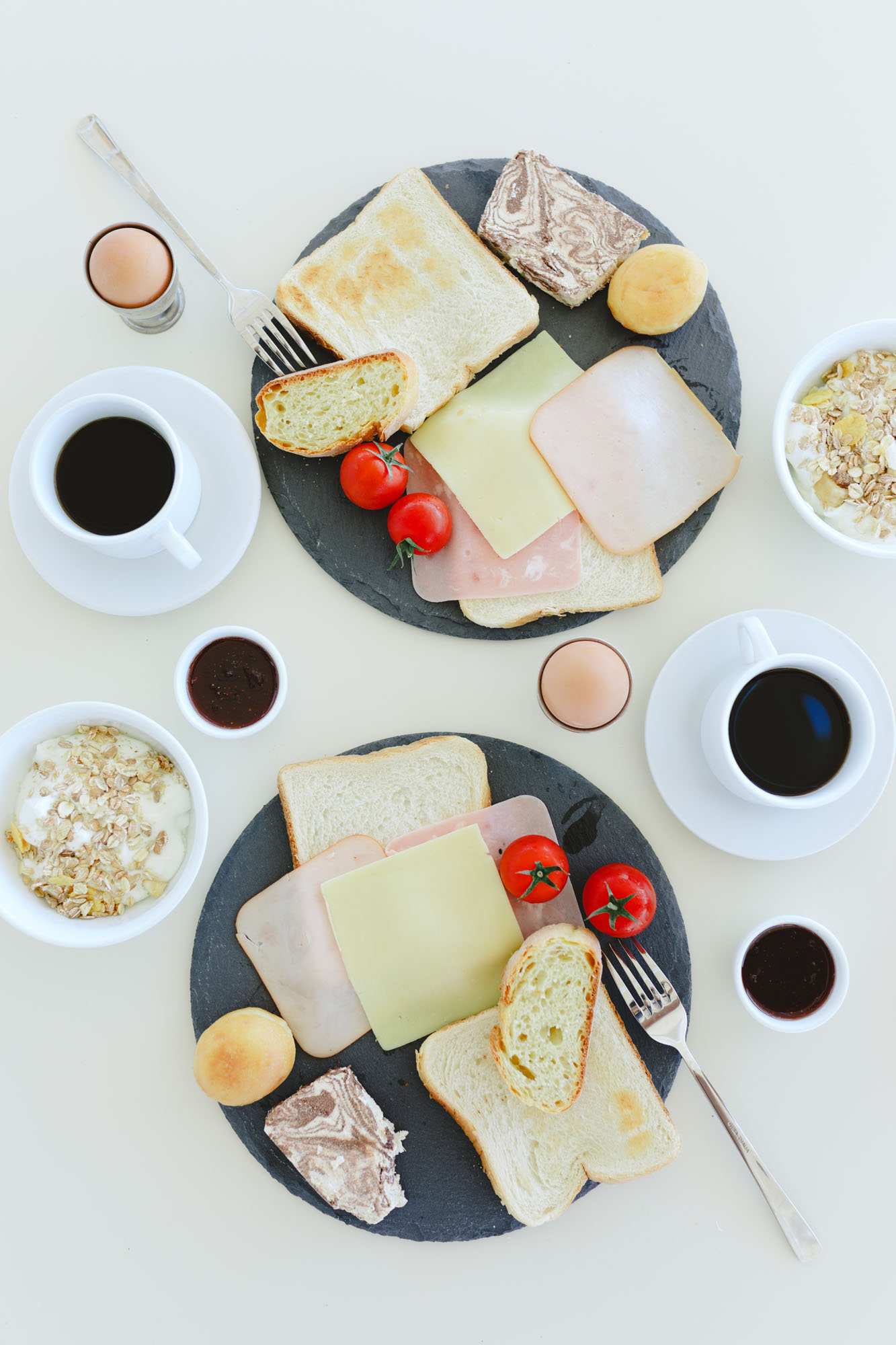 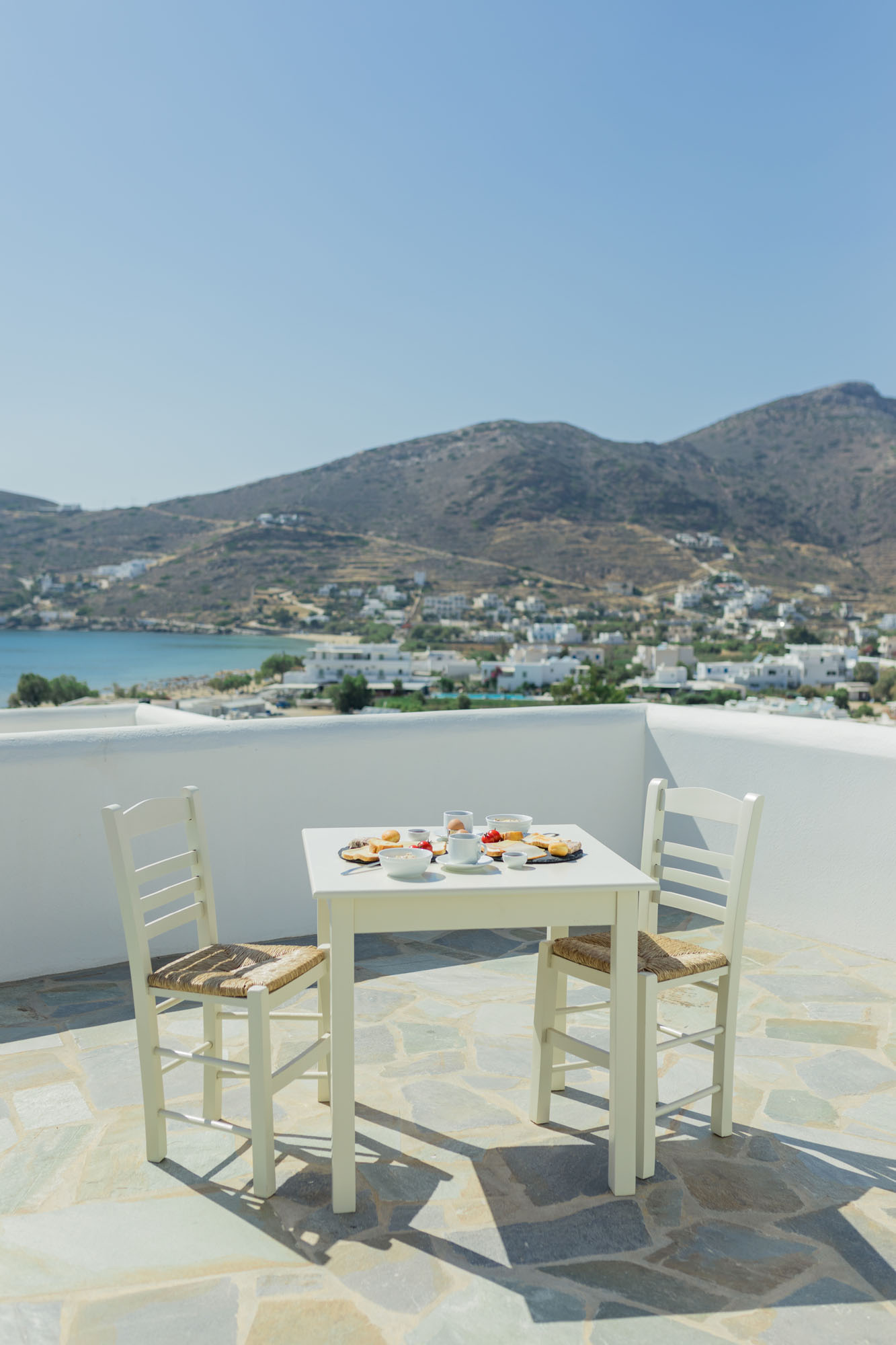 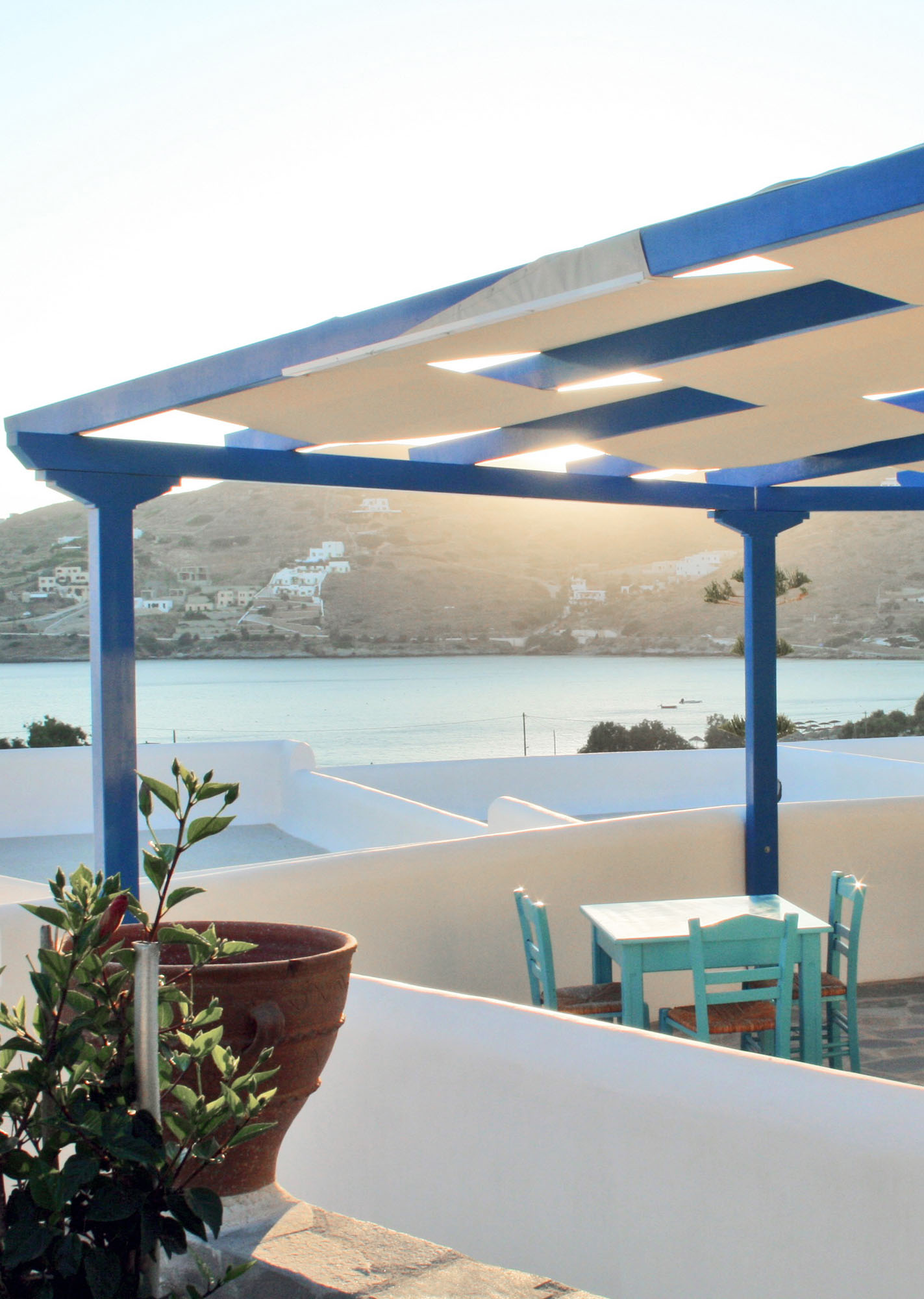 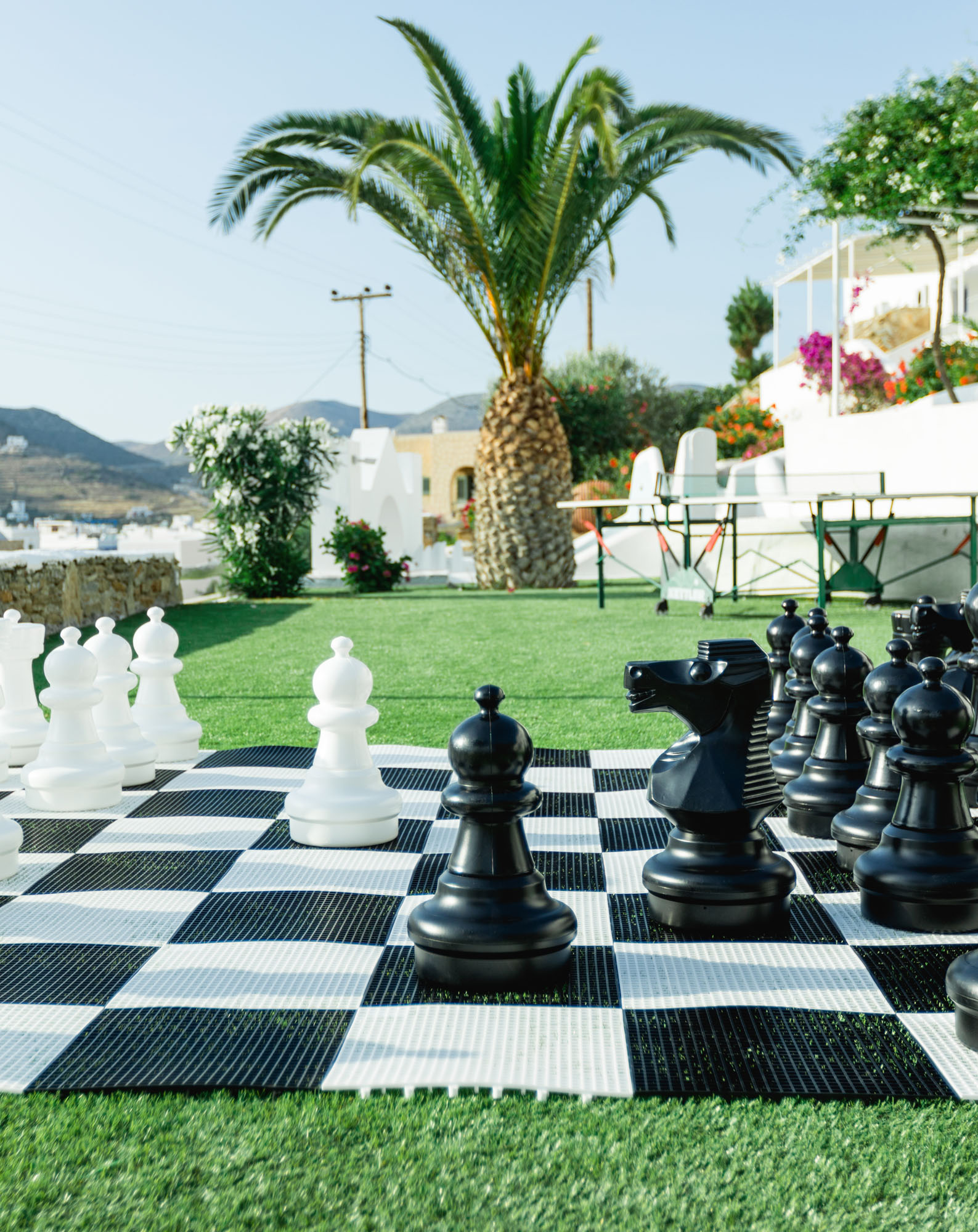 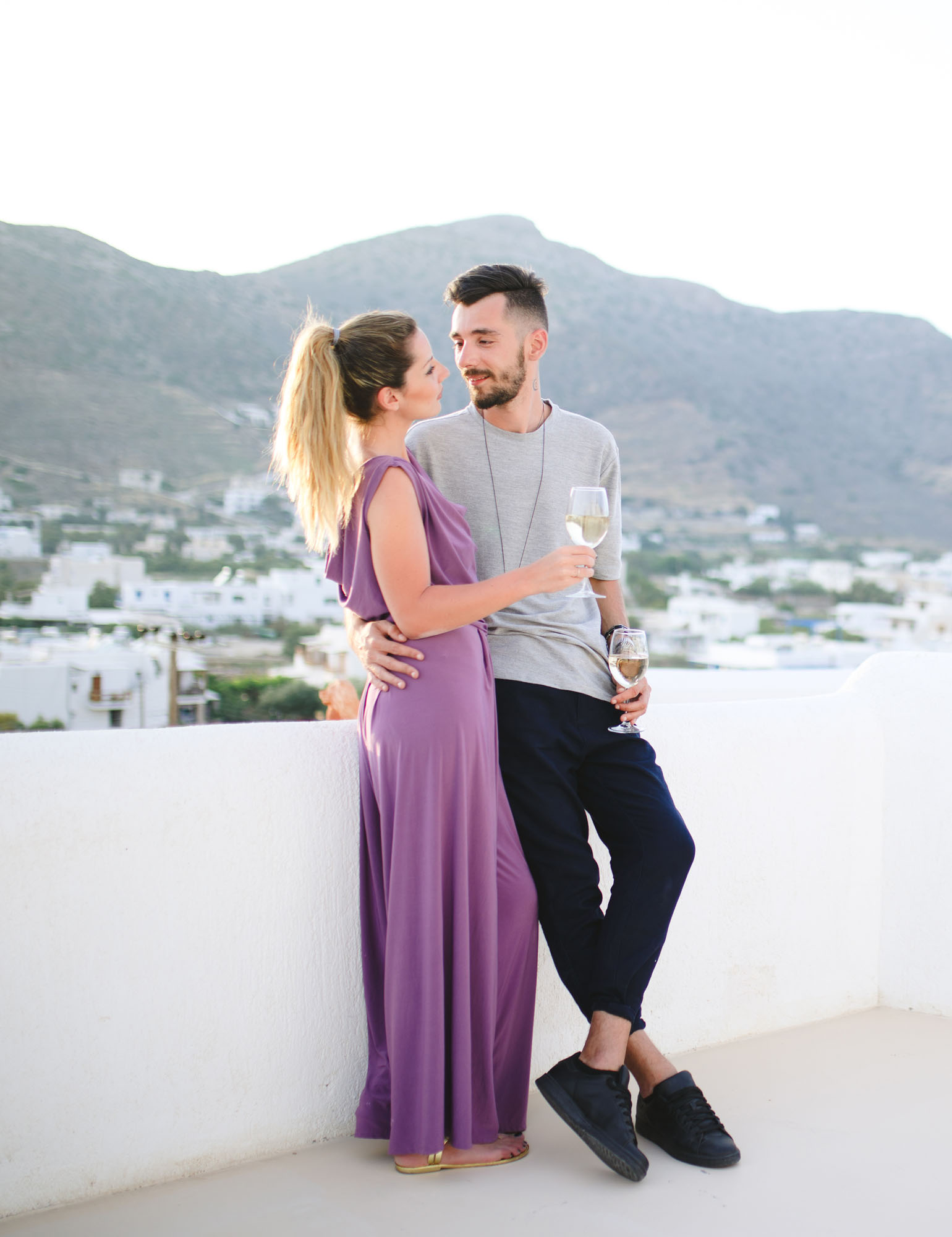